Skip to content
Let's Be Friends! Join our Facebook Group JOIN FREE
Hi everyone! Heather here, and I'll start off by admitting that I went a little project crazy with the Hydrangea Hippo Pack Your Bags And Scoot kit. I blame it on the fact that I have an adorable son and tons of photos of him that need to be scrapbooked. I didn't start with a scrapbook page though. The first thing that caught my eye in the kit was the canvas bag. I'm loving the super ombre trend that's been going around, so I decided to mist the canvas bag. I wanted to make packaging that I could use to wrap my son's birthday present. 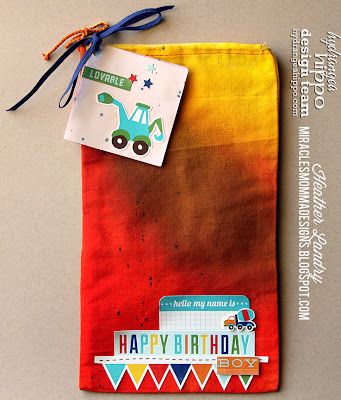 Here's a closer look at the embellishment cluster along the bottom. I used a stronger adhesive from my stash to get the stickers to stick to the canvas bag because the adhesive on the back wasn't quite strong enough. I also used foam adhesive to add some dimension. 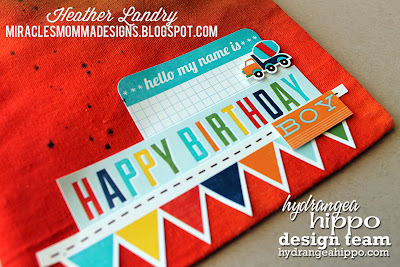 I misted the tag a cream color and I added a few stickers from the sticker element sheet to give it a bit more pizzazz. When it dried, I attached it to the bag with a big blue bow that I created with ribbon from the kit. I just know he will love it. 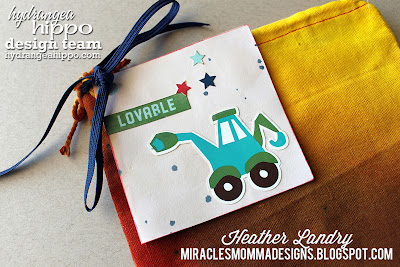 I'm pretty sure that I mentioned layouts, right? This is the first of three pages! Brandon has been obsessed with cars since he was a baby. He had car pajamas and car sippy cups among many other things. I loved the firetruck patterned paper so I decided to combine it with the tag that said “Let's Go” to scrap about Brandon going to sleep in the middle of his bedroom floor. 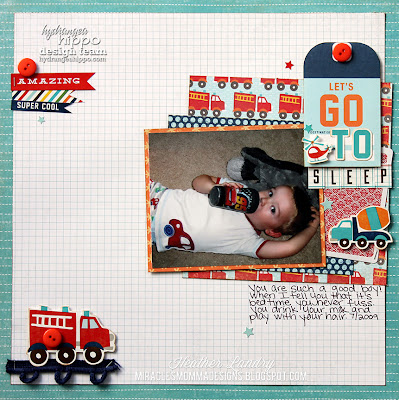 Here's a closer view of the title work. I used several layers of foam adhesive to lift the stickers and tags so I could create different heights in my layers. 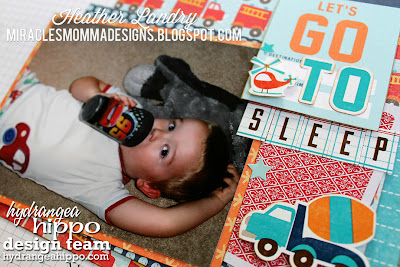 This is the second page that I created. It features photos of Brandon playing with his favorite toy! He absolutely loved this train table that my sister in law bought the kids for Christmas one year. His schedule included lots and lots of train time. It's pretty much all he ever wanted to do. 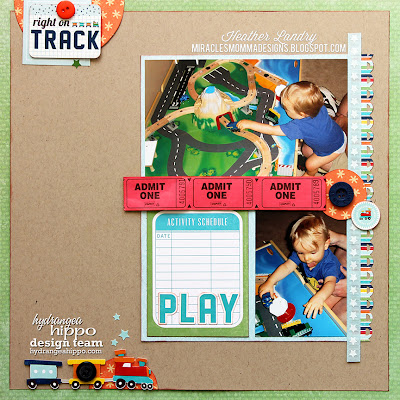 I thought it would be fun to have some of the stars imitate smoke coming out of the smoke stack on the train. Here's a closer look! 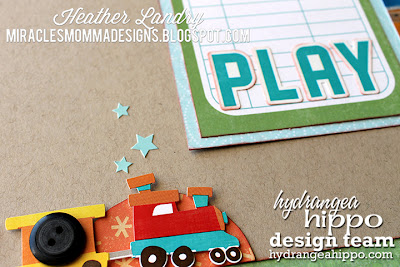 I added some layered circles, a few tickets from the kit, and a neat blue button. You just have to love the little train on that sticker because it's completely adorable! 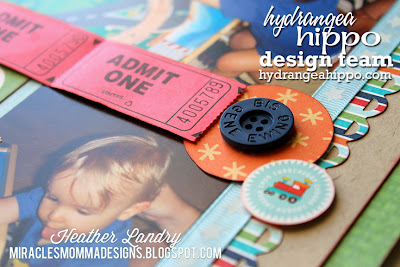 Last but not least, I scrapped this layout with pictures from Brandon's bout with an upper respiratory infection. He had to take breathing treatments and I was really worried about him cooperating. I shouldn't have worried because he was such a big kid about it. He sat still and breathed just like he was told. 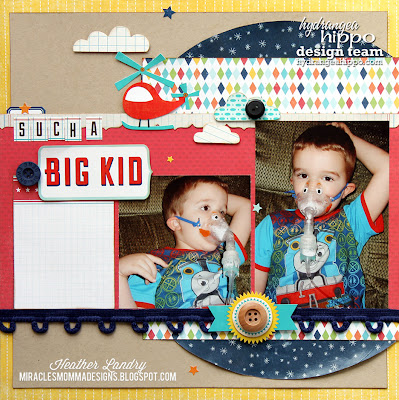 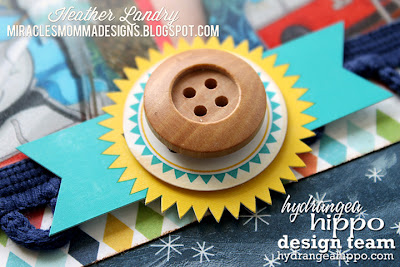 Here's a closer view of the clouds and helicopter embellishment. I used gel medium to give the blue paper a lovely gloss and the feeling of a starry night sky. 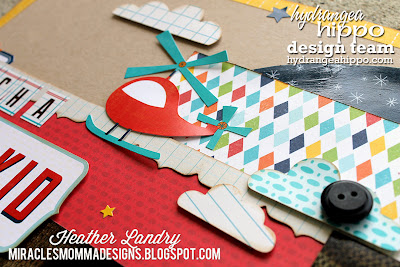 That's all for me this month! Thanks for taking the time to read my post. Don't forget to pick up your Pack Your Bags And Scoot kit in the Etsy store. 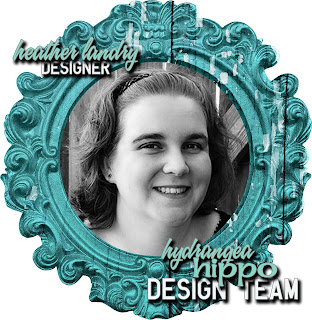