Here is my in-depth review of CHA!!

Fabric: I saw alot of Fabric being used in layouts, on minibooks–everywhere! Donna Downey is releasing a new book through CK Media called Fabric Finishes in April 2008–saw the mock-up of it there at the show and it was awesome. Also saw alot of mini book covers covered in fabric and then embellished as they were regular pages. Colorbok had an entire display of albums where the artists had altered the covers—here are a few of those: Raised images are still in: from flocking to embossing, lacquer–you name it, if it was raised off the paper it was somewhere. Making Memories had lacquered and flocked papers, Heidi Grace had lacquered papers, Prima has embossed chipboard albums, Around the Block had puffed up die cuts you could use with their Puffy Brads…lots of “fluff”.

Die cuts — there were alot of die cut items–die cut velvet, paper, and felt from Prima, loads of die cut felt and chipboard from Fancy Pants, Fiskars and Lil Davis had die cut felt borders and flowers–just lots of die cuts and felt everywhere, from bold shapes like Fancy Pants' dinosaur to the intricate laces Prima had on display.

Acrylic stamps are here to stay–everyone had a line of them it seemed. Photo polymer bases seem to new standard as far as stamp quality as well.

Clear is in–albums, die cuts, accents–everyone had them from Clear Albums the company, to Prima–they were in. 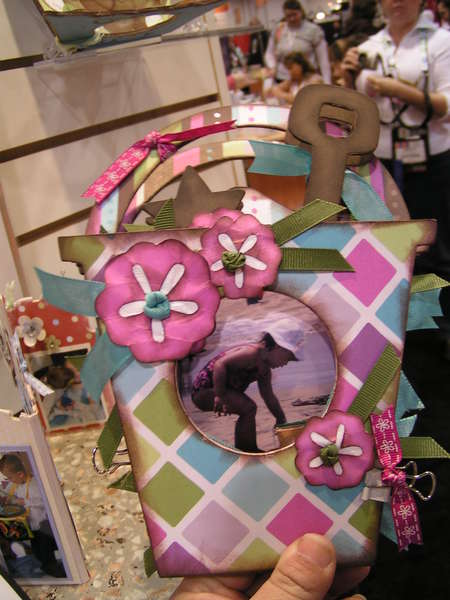 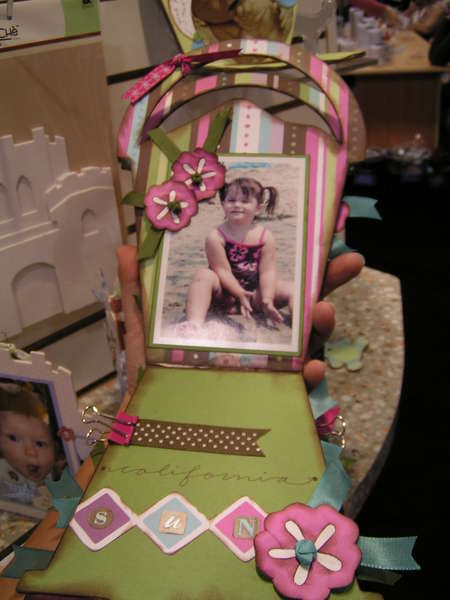 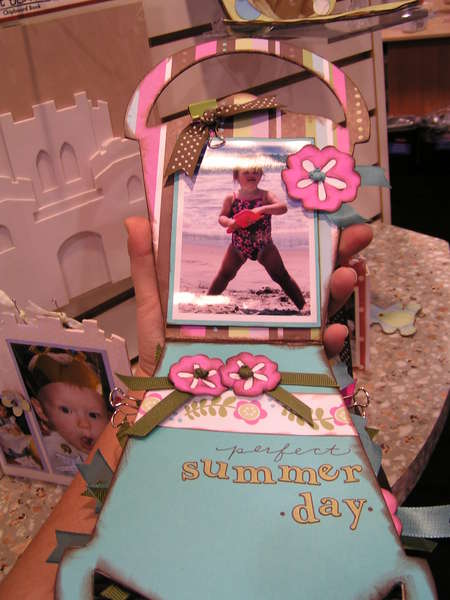 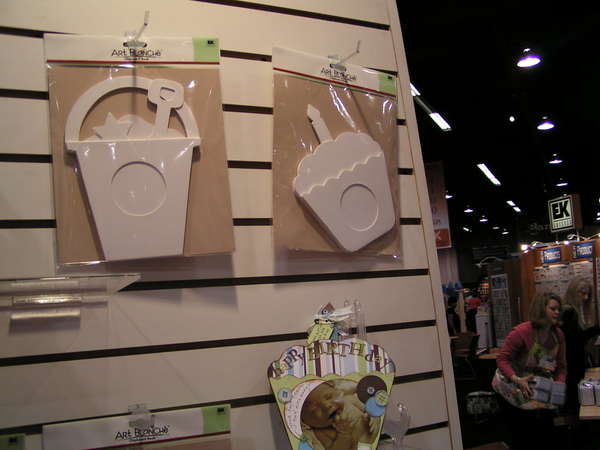 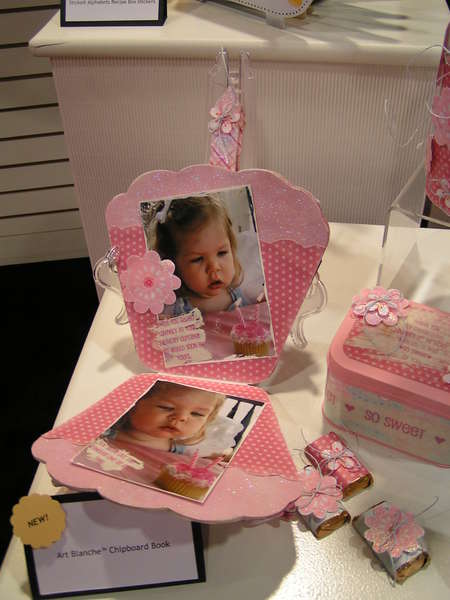 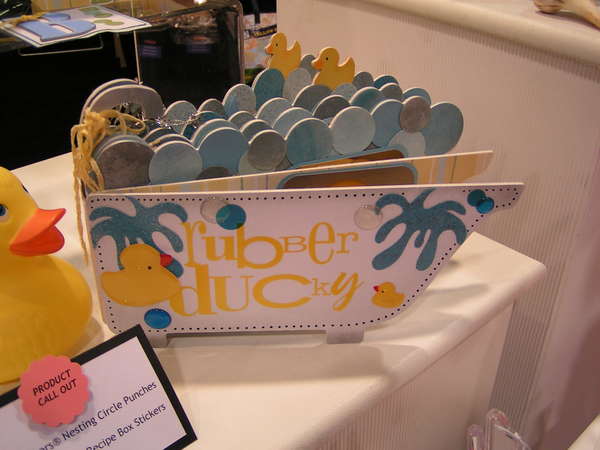 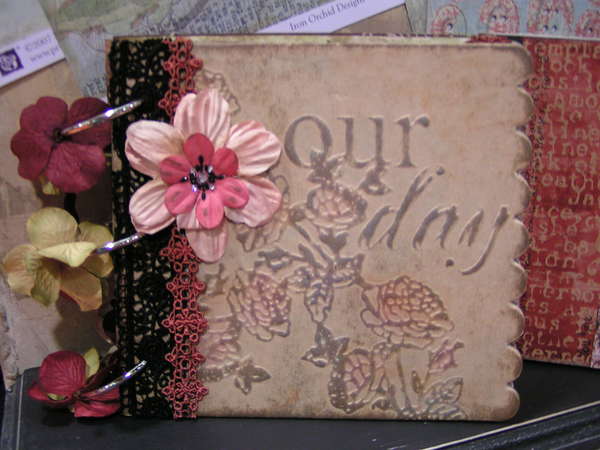 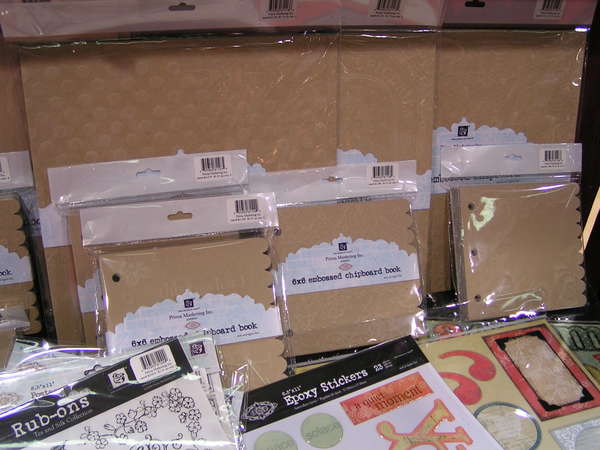 Speaking of corner rounding–both Zutter and Around the Block release industrial strength corner rounders that can cut 10+ sheets of cardstock at a time plus can cut chipboard. I am partial tot he Around the Block model because it is pink and at CHA summer they will be releasing interchangeable blades you can use with it to make a scalloped border and zigzag border and it retails $49.95.

Speaking of scallops–they aren't the only border any more. Fiskars did come out with a scalloped border punch that has the eyelet holes punched in each scallop as well as a cool ribbon border punch. K&Co and Making Memories released papers with cool die cut edges. And KI Memories really beefed up their line of diecut lace papers to include words and tons of other cool things. Making Memories: 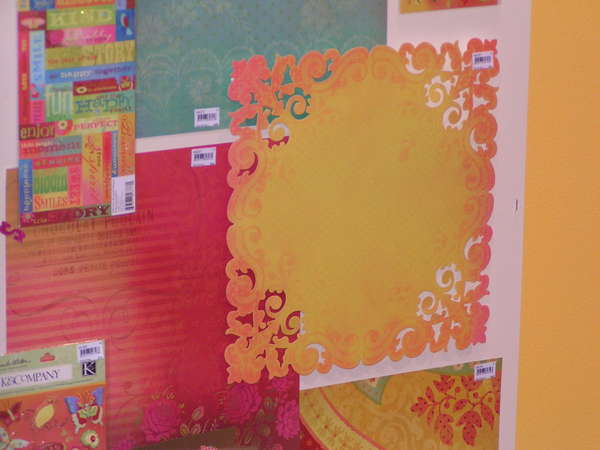 2008 is the year of the boy. Everyone had awesome boy lines. DeJa Vie' new line “Little Yellow Bicycle” had a very teen boy line called Zach's Life with navy red and tan. Fancy Pants had tons of robot, monkey, rocket, and spaceman die cut felt shapes plus cute matching papers. 3Bugs had some cute paper with browns and oranges that was markedly boyish. Cosmo Cricket's new Cogsmo line was boy all the way with robots and fun primary colors. Bam Pop's newest line (release 4 I think) is very Napoleon dynamite with its pale teal, orange and brown color scheme. 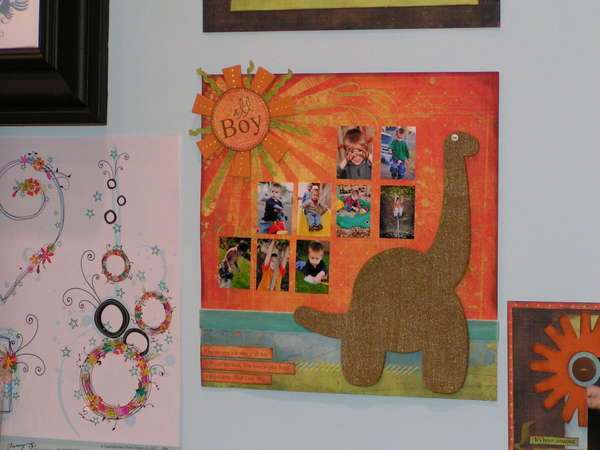 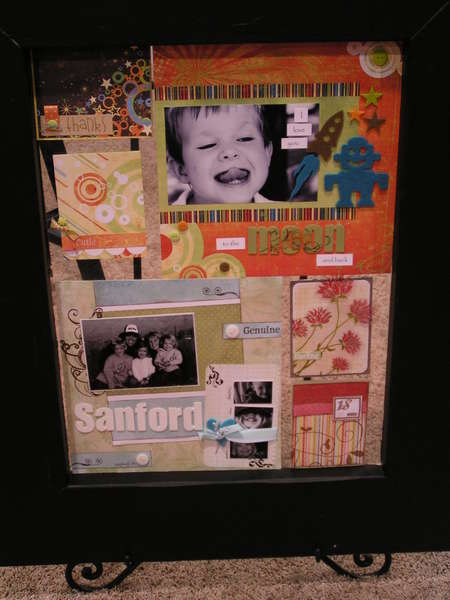 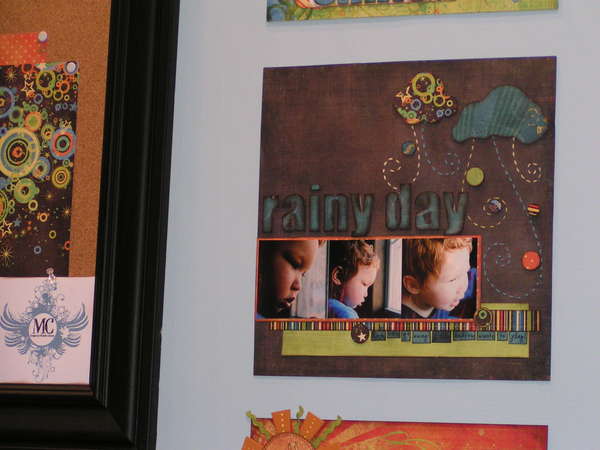 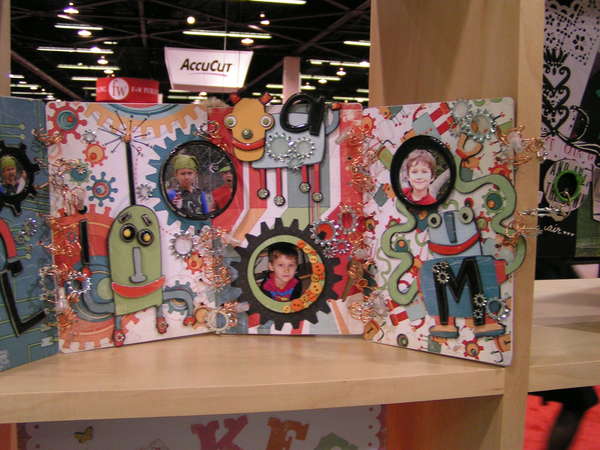 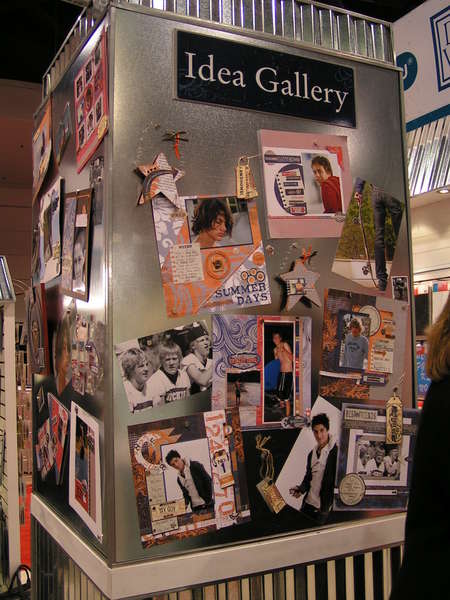 I'm also calling this year the “garanimal” year everyone had the most adorable baby papers with cute elephants, little birdies, monkeys, hippos and all things adorable. BG's new line has giraffe and flamingos on it. Sandylion's new baby lines are too cute with monkeys and I just want to eat it all up! And Making Memories took the cake for me with their adorable journaling blocks and cool paper line with hippos and stuff for boy and girl.

Animals are big. Bambi made an appearance on stamps and on paper from BG and on stamps from I want to say Pink Paislee but I know someone had bambi stamps. Of course there is the big owl and birdie bandwagon–Sandylion (cutest stickers ever!), October Afternoon, Prima (in crystals they had birdies!!) K & Co (Love the new “Berry Sweet” line!!!!), Fancy Pants, Jenni Bowlin, Pink Paislee, and basically everyone had some kind of owl or birdie–not to mention Sassafrass Lass!

There were TONS of new tools. Some of my faves are the Slice from Making Memories–I did not actually try it but I saw it demo'd and it is pretty cool. Not sure what the price is. I also really liked the powder tool from EK Success. The new Fiskars border bunches are high on my list as well as their designer scissors that have Heidi Grace paper patterns printed on them. The new QK attachment for the Revolution is a must have as well as the tools they released to help with the Silhouette. Electronic Die cutters were all the rage with Pazzles releasing a newer smaller model to compete with Wishblade. I already talked about the corner rounders. EK came out with these behemoth punches–check out this one next to my coffee. It is bigger than my head! They work like a charm though.

Die cut machines–Accucut and Ellison both had some awesome new dies out–from owls, to birds, to cute monkeys, and fun book shapes–there were lots to choose from. Sizzix came out with cool new storage for the machines and I HAVE to have the new Big Shot bags. Borders were popular in die cutting as well. Sizzix has a new line of dies that cut flower lace that looks like Queen & Co's die cut felt borders. And Quickutz has similar borders since they just release a new 12″ extension for the Revolution. I met Brian from QK Silhouette support in person and he gave me a quick tutorial of all things Silhouette that I have been dying to know. And he made me a cool vinyl label to put on my silhouette.

As far as samples in the booths glitter and rosettes seemed to be a mainstay. And lots of felt too. I really liked these little ornaments and hope I can get my hands on some too:

Bam Pop *new* their newest line that I think looks like Napoleon Dynamite. Here's the robot in front of their booth:
This guy JJ owns the company with his wife and he does the art: Moxxie — the bowling line and the new cowboy and cowgirl lines

KI Memories — all the new lace paper (see below) That sums up the show for now. Over the weekend I'll post pics of every make n take I did–still have to finish some up. Some booths I did not go in like Basic Grey. Everyone is going to order that. I wanted to go into booths to looks for items I may not see at my LSS and find cool stuff that is cutting edge.

Enjoy! Thanks for looking.