Disclosure: This post has affiliate links for which I make a small commission if you make a purchase. This post is NOT sponsored and all opinions are 100% my own.

If you have dogs or live near dogs, then you know how they can get on a roll with the barking. At 3am. Or at the moment when you're trying to talk on the phone for work or get the baby to sleep or record audio for a YouTube video.  Our new neighbors just got a pitbull and some other large scary looking dog and they fight with our dogs through the fence. This last week, they busted a few of the slats on the wood fence apart and Xaver and I knew we needed to take drastic measures before the dogs broke through and killed each other. I had a barking deterrent device a few years ago when we first moved in because the renter neighbors who used to live next door (5 or 6 families ago) had ridiculously loud barking dogs. All of our bedroom windows face the fence where the dogs run back and forth, barking. Barking at the cats. Barking at the moon. Barking at each other. Barking Barking Barking!! After those people moved, the barking stopped and I loaned the bark device to a friend who had a similar problem. Well, I forgot who that was to ask to borrow my barking tool back now that we have this problem. I knew there had to be a way to stop your dog from barking. I mean, I have a spray bottle but the neighbor probably wouldn't like me spraying their dog in the face every time it barked at me (I'm seriously tempted though!!).

Last week we went to PetSmart to look at pet doors and we saw that they had a whole section devoted to barking control. Who knew? I mean, its so obviously a problem, right? The Sunbeam Sonic Egg seemed to be the best deal so we decided to go with the largest model since the dogs are large. The PetSmart employee assured us that the Sonic Egg worked well and that we needed two of them to get the right focus on the sound. Um, no, that's okay. I got one and figured if it didn't work, I could return it. No use spending $100 on “maybe”, know what I mean?

The way these devices work is they emit a high-pitched sound that only the dogs (allegedly) can hear. (I think the cats can hear it too bvut Xaver thinks I am crazy) The device only emits the sound when it detects a bark-like sound. There are several settings on it that allow you to set different frequencies depending on what your dog responds best to. To set it up, you need to “bark” – I walked in on Xaver doing this and I thought he was being a dork, barking into the device to see if he could hear it. But apparently, the instructions tell you to bark. Sure, buddy.

The first night we put the device in my bedroom window, since I am the lightest sleeper and the dogs bug me the most. The device is supposed to have a range of 50 feet and the dogs congregate about 10 to 30 feet from my window. The device didn't seem to do much.

The next night, we put the device in Xaver's window, about 10-15 feet from where the dogs hang out. It worked slightly better as I noticed a little bit less barking but there was still barking – the dogs just seemed to move out of range and continued barking.

Finally, I put the device on my patio table, 10 feet from the fence, pointed straight at the area where the dogs bark the most. The wind blew it off so Xaver stabilized it between two candle lanterns and a couple of bricks. It is battery operated so I need to remember to change the batteries but it won't get wet under the patio so I think this is a good place for it. There's a wire hanger on the top to hang it as well – maybe from the eaves?

We got this Sunbeam Sonic Egg from @PetSmart last week – lifesaver!!!! Love it. Seriously works awesome!! You can use it inside or outside so if you have a barking dog problem, I recoomend it. Its about $50 on Amazon if you're not close to a PetSmart (affiliate link) http://amzn.to/11emEcI #nomorebarking #barkingdogs #pets #ad

I was outside doing a little gardening and watching to see what the dogs did. The neighbor dogs barked and our Australian Shepherd whined – he could sense the sound even though he was out of the radius of the Sonic Egg, according to the box the Egg came in, and he wasn't even barking.  After a few more short barking sessions, the dogs all stopped barking.  The Sonic Egg has been outside now for 5 days and the dogs bark very little. Since the Sonic Egg is almost on the property line, the dogs go to the furthest places from the Sonic Egg as possible to bark at the far corners of our property and even then, the barking is short, quieter sessions. It's pretty awesome! If the barking in the corner of the yard starts to be a problem. I'll probably get a second Sonic Egg to put on the other side of the yard. 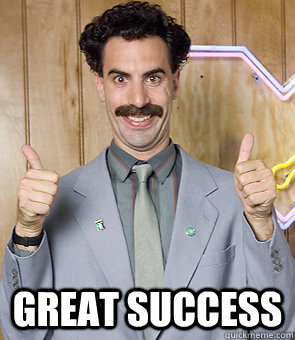 If you have a barking dog problem, whether the dogs are inside or outside or they are not even your own dogs, try this Sonic Egg out. It definitely has saved my relationship with my neighbor, I can sleep more, and the neighborhood is a lot quieter. You can pick up the Sonic Egg at PetSmart but you can also order it online at Amazon: