As if Spark was not enough, I went to CKU just 4 days after! I was super exhausted and overwhelmed with work when I got home from Spark (it tends to pile up!) and with CKU starting on Xaver's birthday, I considered not going, even though I had already paid. The night before CKU, Xaver's car blew a head gasket and we were down to one car. But the stars aligned and even though I got there late, I was THERE.

CKU had a totally different vibe than Spark. I was super happy that my friend Tran had asked me to go — I needed that nudge. We had intimate classes with lots of fabulous influencers in the industry from Stacy Julian to Christy Tomlinson to Megan Hoeppner and more. I made alot of connections and got really lifted up by Teresa Collins, Michelle Hill, customers and students, friends, and more! That was super awesome.


So here are some pics from the event–I did not take too many but I had a blast and that is what counts! Projects pics coming later :)


The first day there were all kinds of make n takes and mini classes that I missed but I did catch Teresa Collins' class to make a bracelet for our album track. I got some very unflattering pis of Teresa so we'll just leave those off my blog for now :P 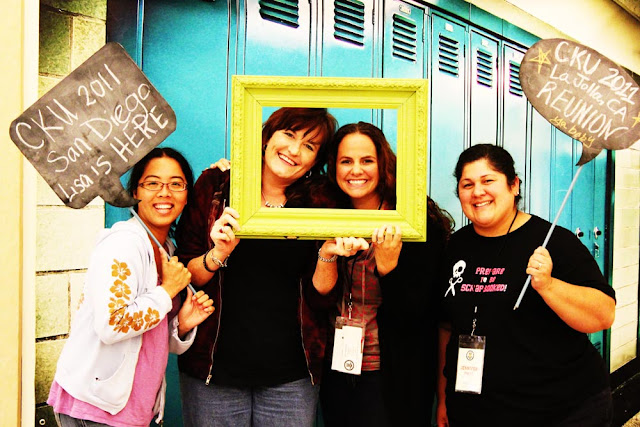 There was a cute photo opp in the main ball room where the crops were each night and everyone was encouraged to pose and take pics. That's Tran and me with two new friends, Susan and Elizabeth! 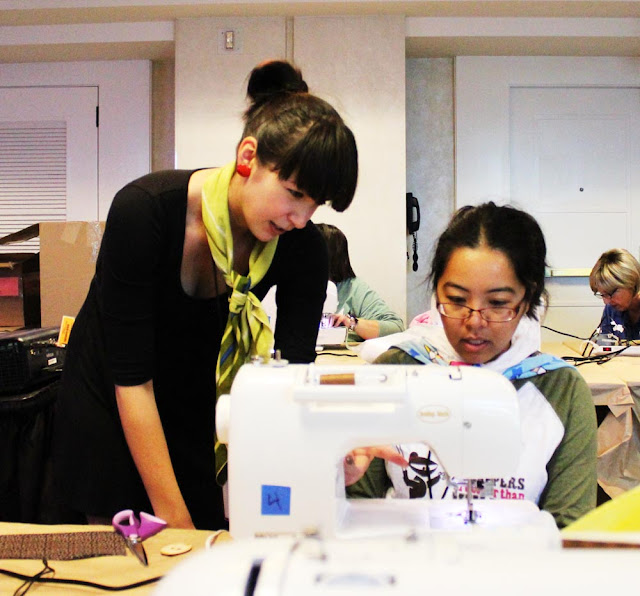 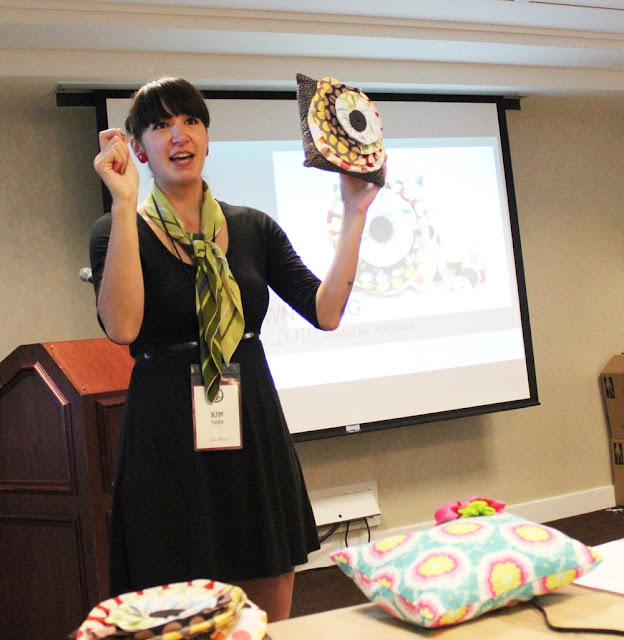 The first class of the day was with Kim Lee – a cute ruffled pillow. I fell in love with the BabyLock sewing machine and came home the proud owner of one of my own! I have taken it out of the box but it has not been used…YET. Here is Tran with the machine: 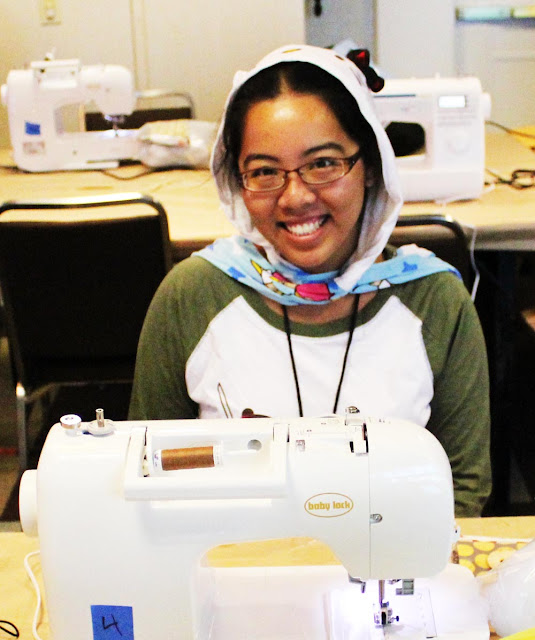 And Tran and I with Kim–she was an awesome instructor and all around cool chick!! 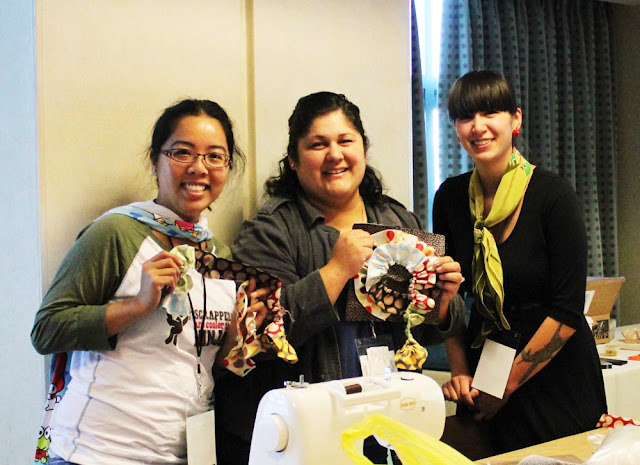 Next we did Christy Tomlinson's class to make a canvas. This was similar to the one we did at Spark but different, a house, and we used some other materials as well. 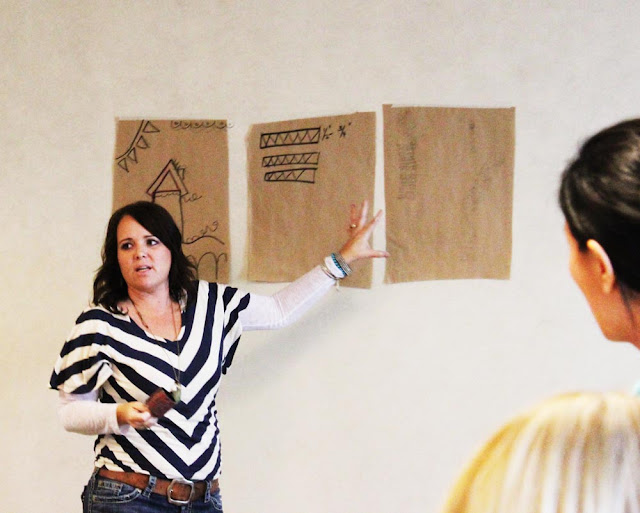 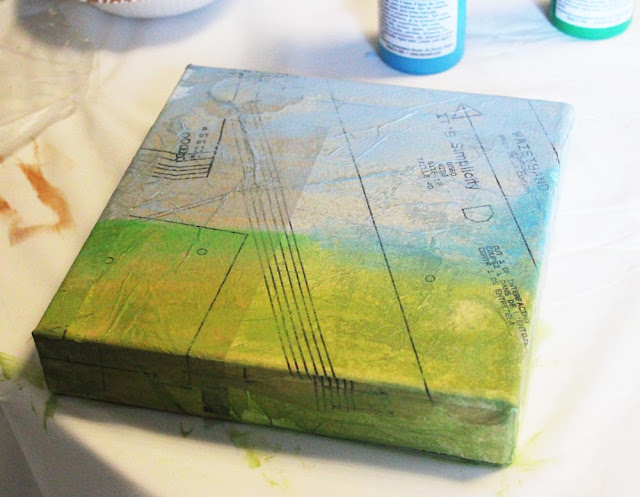 Was nice to get that reinforcement–I feel like I can totally make these on my own now! Plus she is so cute and nice — a real treat to have her class two weeks in row :) 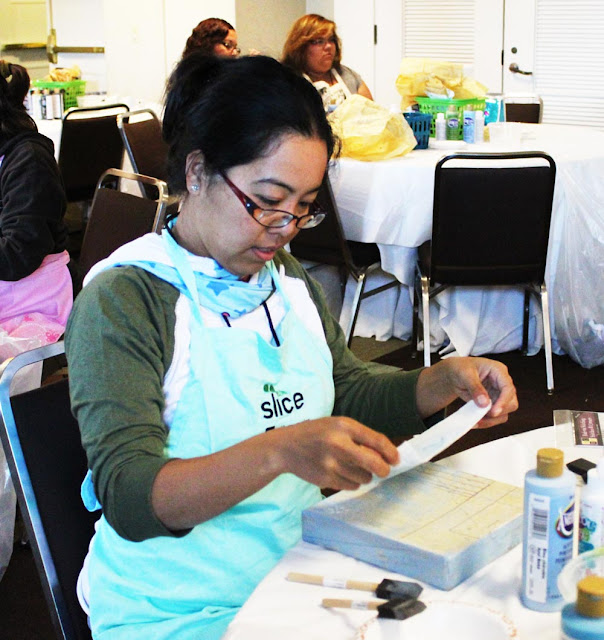 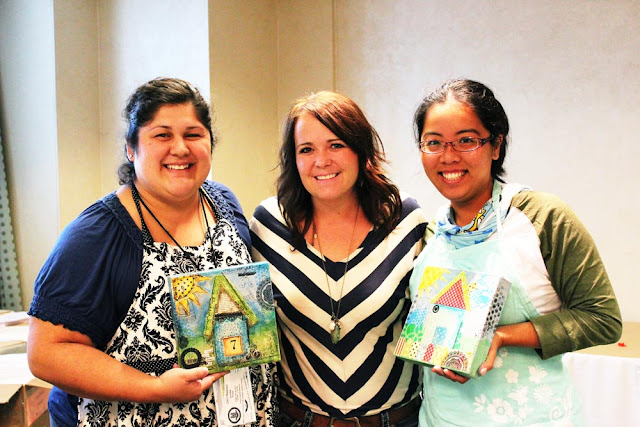 Next we went to lunch. This is what a $16 hamburger looks like: 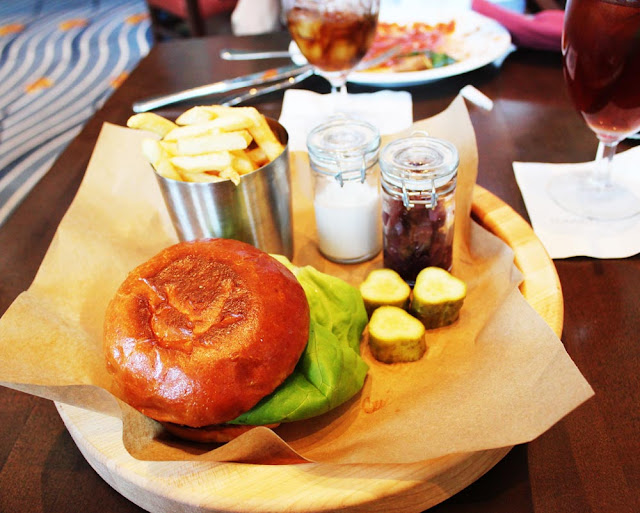 It was pretty yummy too! 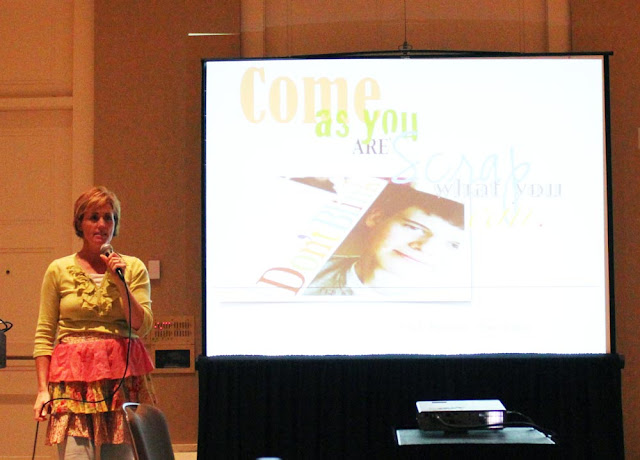 After lunch we had a lecture with Stacy Julian about her philosophy, method, and process. 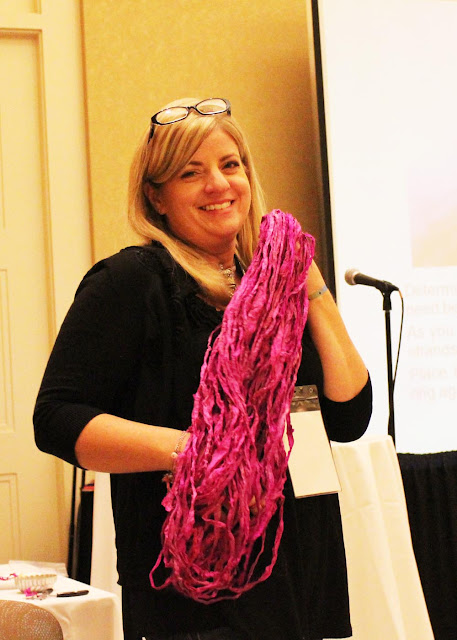 And then a final class with Jen Cushman and Kristen Robinson. These two ladies rock! The night before we poured resin into bezels and let them set so we could make these bracelets the next day: 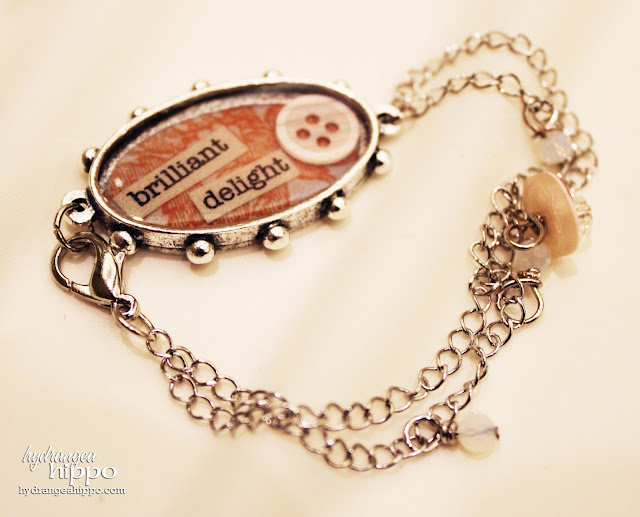 I really like the ice resin! Here's Tran working on her bracelet: 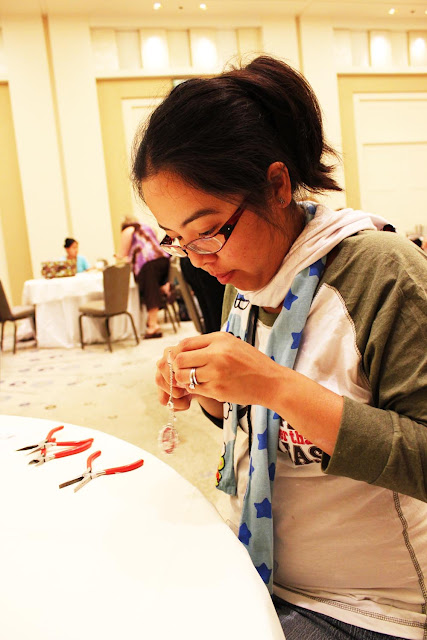 Day 3 was a full day album track for me. We spent the day with Teresa Collins creating a mini album. Again, I got every bad, mouth-open, funny face shots of Teresa so we won't be sharing those! Just doing what I would want someone to do if they got those kinds of pics of me. I will be sharing my album later this week :) Teresa was awesome–so sweet and great to chat with. Renewed some of my faith in this industry–it has seriously waned over this last year!
The day closed with a commencement ceremony (“university”, ha ha) and a final note from Lisa Bearnson: 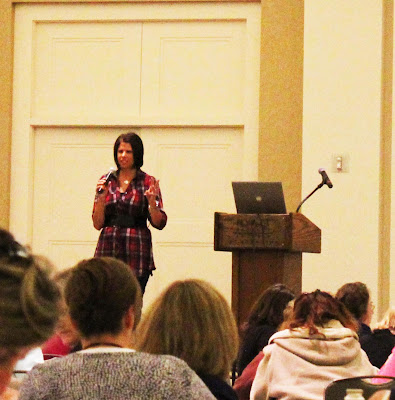 Actual, I don't know if that was the final note because I had to leave early to get home and get ready for my class the next day. It was a fun time, just what I needed, and I am happy I made it! Thanks so much to Tran for pushing me to go :)