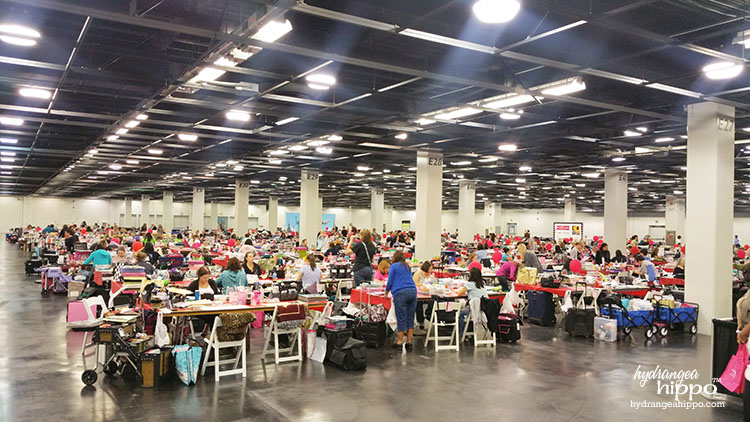 I attended Scrapbook Expo about 10 days ago, in Anaheim, CA. The Expo was in the basement, at the back of the Anaheim Convention Center. I laughed when I pulled up – is scrapbooking now the red-headed stepchild in trade show land? I wasn't sure I was going to go to the Expo but I ended up going with two purposes in mind: the first was to see my friends and the second was to take the pulse of the scrapbooking industry. Are people still scrapbooking? Surprisingly, yes, they're still scrapping!

For over 15 years, Scrapbook Expo has been THE place for scrapbooking shows, especially here in Southern California. I attended my first Scrapbook Expo in 2003, thanks to my friend Denise. Attending that Expo is what started me on a path to create a business and life in craft. I had always crafted but I had no idea I could actually run a business doing it until then.

This Scrapbook Expo was particularly interesting. I saw friends but the show floor was small. I got photos with Nancy Nally and Cindy Fahrbach, did make n takes with my friends at Charity Wings, had a nice chat with Marion Smith, and waved to Richard Garay giving a class on the show floor. 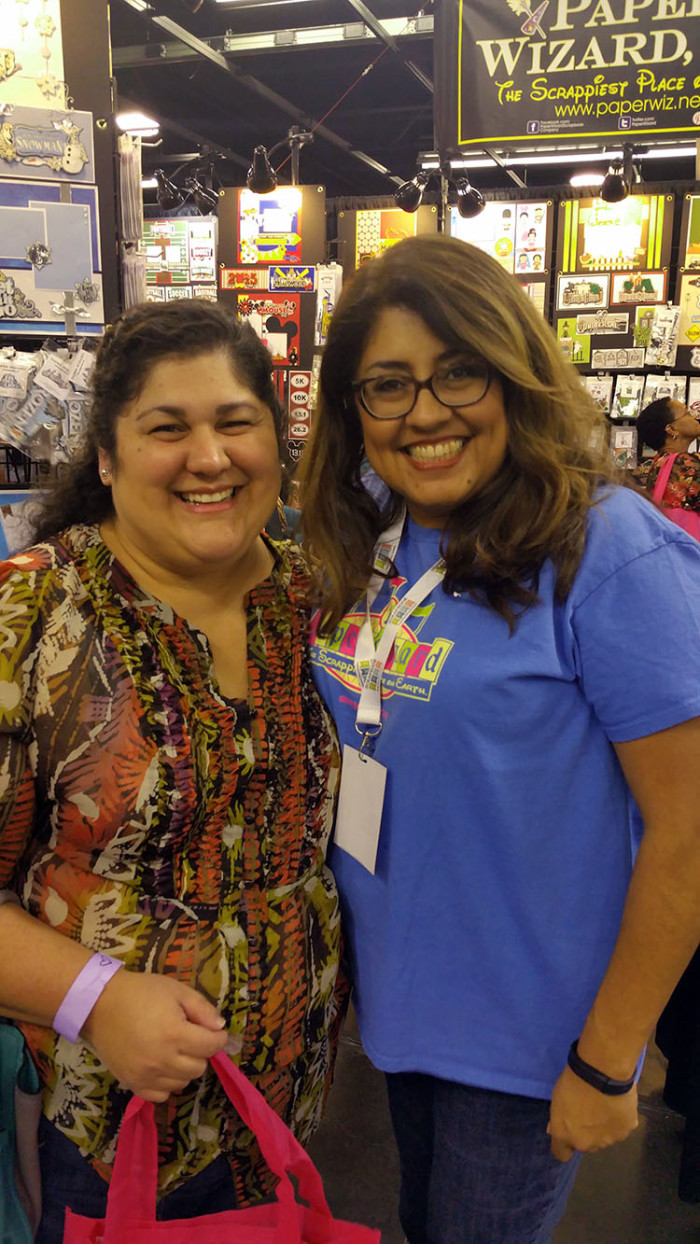 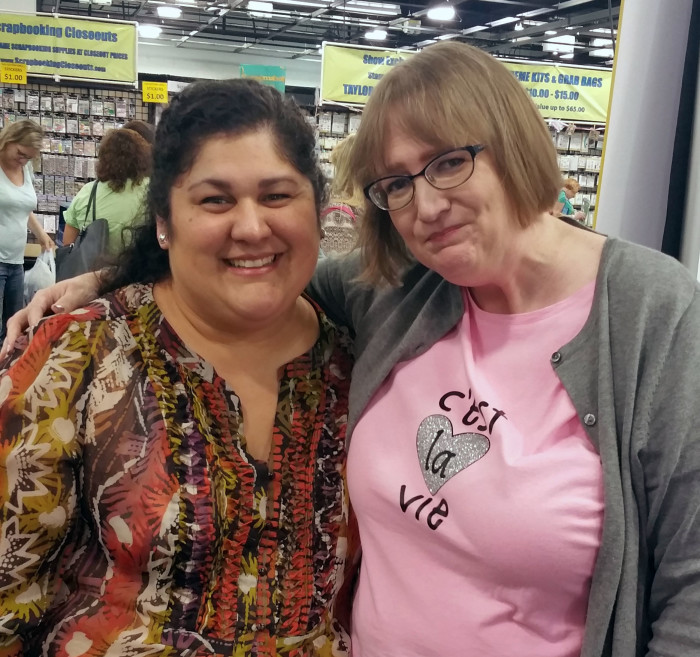 But it wasn't like Expos past. I mean, usually I see SO MANY people that I know. I saw some of my local scrapbooking friends like Aprile and Becky but for the most part, there were few people there I knew.

I think a big reason for that is that Scrapbook Expo has changed.

I detail what's different and where I think the scrapbooking industry as a whole is going in this video. Watch it to hear my exact thoughts and see more photos from the show:

Like I said in the video, people are still scrapbooking.

They've just stopped buying or cut way back on shopping. I spent $25 at the Expo – that was $15 for parking and $10 for a ticket in the door. I didn't buy a single thing. And it's not for vendors' lack of trying. It was because I don't need anything, I wasn't “wowed” by anything, I don't have space for anything new, and a tiny part is that I work in the industry and get alot of product shipped to my house. But that was a small part of it, believe me. I don't get everything for free and there were TONS of things at Expo that I don't own and have never owned that would be fun to use. It just wasn't fun ENOUGH for me to pull my wallet out and buy. That sentiment was held by alot of people there. They came, but not to buy.

This photo of the crop area at Scrapbook Expo in Anaheim shows 500 people scrapbooking: 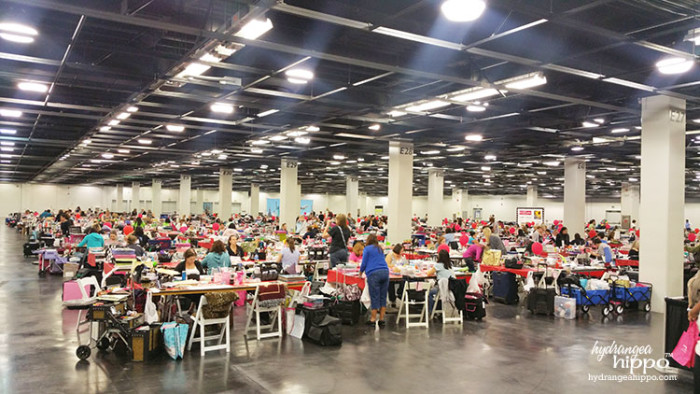 This area was larger than the area the booths occupied! According to attendee Shemaine Smith, in a post on Facebook, the crop last year at the same location had 300 attendees. That's a 66% increase in attendance!

Here are my thoughts on the current state of the scrapbooking industry:

I'm not an economist or marketing scientist. I am just calling it like I see it after 12 years in the craft industry with a focus on scrapbooking. I've watched the industry rise and fall and it will rise again. It's always evolving. I mean, who would have thought macrame and weaving would rise it's fuzzy head after the 1960s and 1970s but here we are, with instagram plastered full of weaving images. I am hopeful that people are still scrapbooking but as for the industry… I think they oversold so much product that they produced themselves out of a market. More on that later this week in another post.

What do you think about the state of scrapbooking industry?