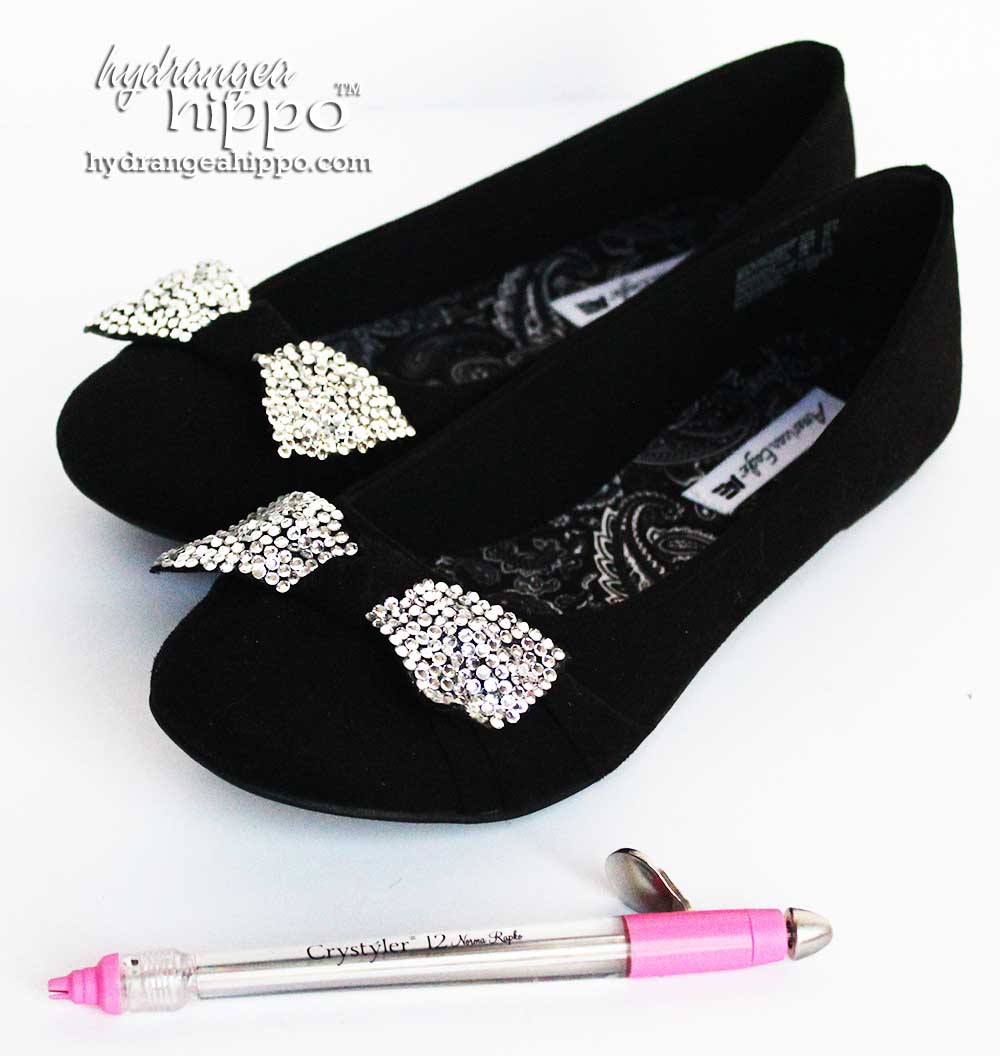 Take an affordable pair of Payless shoes and give them style with Crystýler by Norma Rapko. It's easy to add crystals to everything with Crystýler!

A few weeks ago my friend Norma Rapko was finally able to make public a project she has been working on for 5 long years – the Crystýler® by Norma Rapko, manufactured by Walnut Hollow!!

I was pirvvy to a tiny sliver of info and got to try the Crystýler® in person in March of this year. It is one of those tools that once you try it, you have to have it! This has been a long 6 months to wait to finally get a Crystýler® by Norma Rapko of my very own.

The day of the release I went straight to Michael's and bought the Crystyler® 12 and one set of the coodinating crystals in clear. Yes, Norma is also offering a line of flat back, pave style crystyals sized perfectly for Crystýler® and at a very affordable price. And get this – you can use your Michael's coupons on the Crystýler® and all accessories!!

The whole line is well-thought out. The crystals are packaged in color coordinated packgaing to match the correct-sized Crystýler®, be it the Crystýler® 12 (pink) or the Crystýler® 20 (blue).

Before getting started, I highly recommend watching this video that Norma filmed:

And checking out these Tips and Techniques on the Walnut Hollow website: http://www.walnuthollow.com/service/crystler-tips-and-techniques/

Here is my first project: 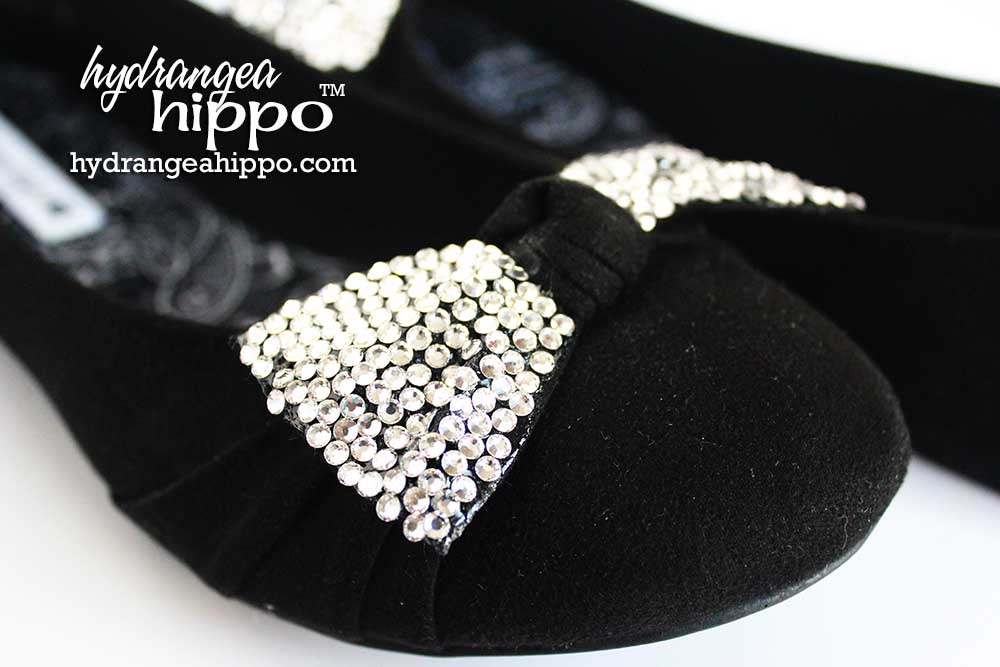 With kids that grow fast and wear shoes out as quickly as mine do, we shop at Payless Shoe Source or in the garment district in Downtown LA for most of their shoes. It doesn't make sense for me to spend more than $20 (or sometimes even $10) for shoes when they will be worn out, destroyed, or out-grown in a few months. When I was a kid my shoes lasted forever. But I guess that is because I have small feet and stopped growing in 9th grade. My kids will be taller than me (one already is) and will have bigger feet than me (one already DOES!) and I guess I was not prepared for this idea that shoes can literally be too small in just 2-3 months. 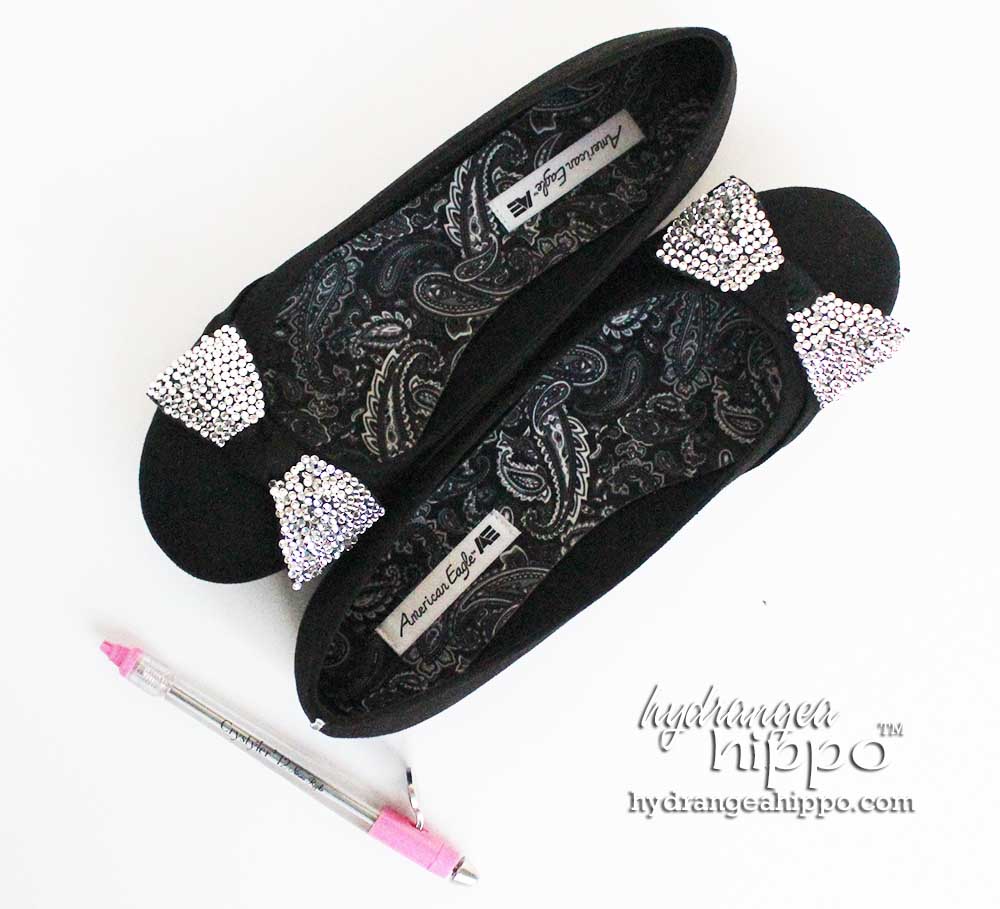 With that said, Katie is always bugging me to get cute shoes for her. I saw these flats at Payless Shoe Source and bought them for about $16. Katie was away on vacation so I texted her pics so she could tell me what shoes she would actually wear. No point buying them if she wouldn't wear them right? (teenagers!) From being a kid that also wore Payless Shoes, I hated when kids at school teased me (I remember this girl Jessy who was just the nastiest little thing) about having shoes from Payless or clothes from K-Mart or Walmart. Even when I had clothes from JC Penney's I got teased. I often wondered how they knew what those stores had in them if they did not also shop there but whatevs….most of them live in trailer parks now so we see how great being turds worked for them. I use this as a life lesson for Katie …they may be “popular” and think they are awesome now but being jerks doesn't pay off in the long run.

But I digress. I wanted to make these shoes look un-Payless and the easiest way to do that is to customize them! Also, with the price, if I totally messed this project up, I wouldn't feel half as bad as if I messed up a similar pair of $60 shoes from Macy's. 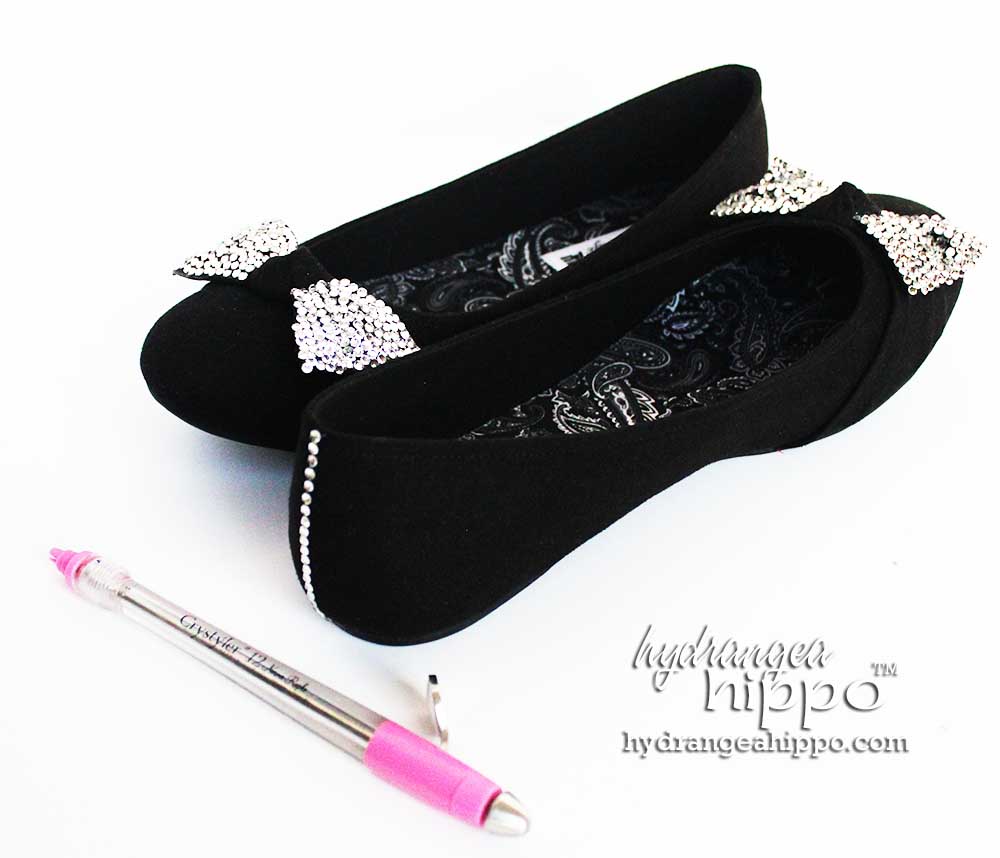 I used the Crystýler® 12 to add flat back crystals to the bows and to the line along the back of the shoe. Why not totally customize with enexpected details?! One pack of 100 Crystýler® 12 crystals covers one half of one bow. So this project took 4 packs of crystals to complete, at $6.99 each with a 40% off coupon and Michael's we're looking at about $34 invested in these shoes. STILL cheaper than Macy's!! 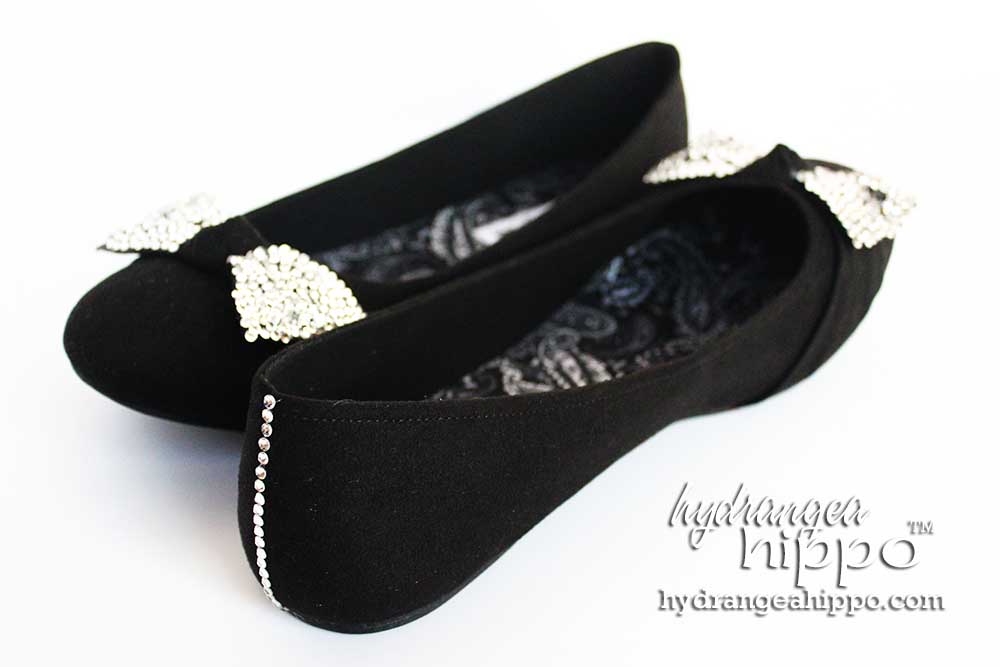 Now, one of the lessons I learned is that I should have started adding crystals from the straight ends of the bow and worked towards the knot. I started from the knot and worked outwards and my crystals are not lined up well. Also, the bow has pleast in it and they were a little challenging.

Here's a handy dandy vid showing how I made these — it really easy!

Overall, Katie loves them! And she can't wait for me to do more. She brought home a pack of Amethyst Crystýler® 12 crystals from Michael's for me to work on another project for her…this girl is already trying to #CrystyleYourWorld! 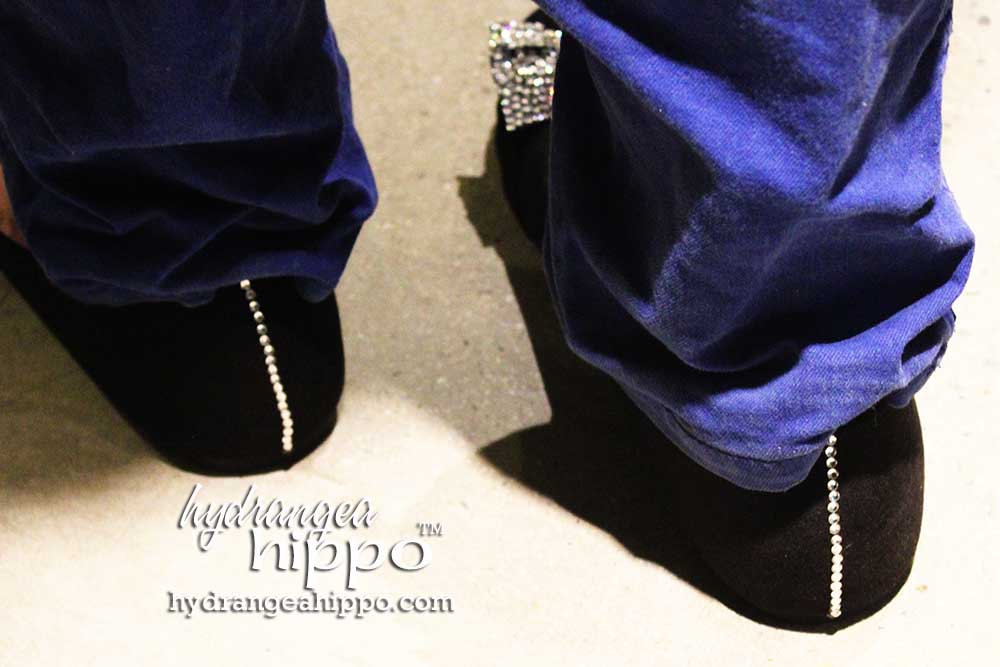 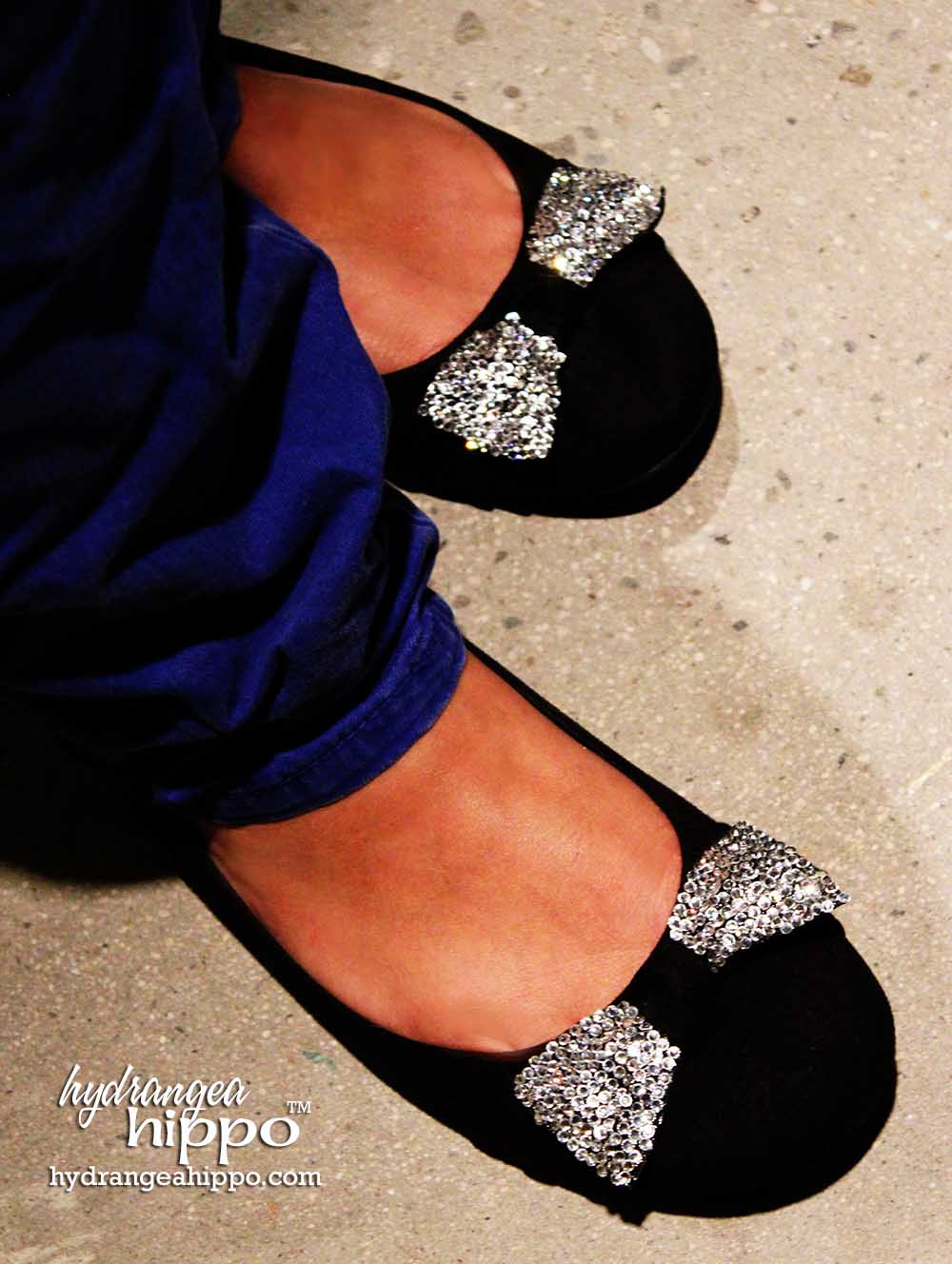