Did you know that it is so expensive to pay drayage and other freight fees for furniture for trade show displays that companies often buy the product at Ikea and then throw it in the trash because it is cheaper?

What if you knew that some of the product you were coveting during all 4 days of the Craft & Hobby Association trade show was sitting in a dumpster behind the Convention Center hours after the show closed?

How would you like to know that the bags, goodies, and freebies that are so frugally passed out at the show are later left over in such quantities that they are thrown away?

The swag bags you'd kill for are being tossed in the trash by Designers, bloggers, and retailers who can't fit it all in their suitcase to get it back home. 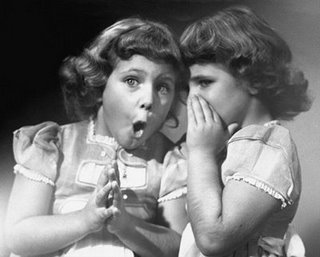 This is a plea for your help.

For your ideas, solutions, and consideration in helping fix a problem in our industry. I am not what I would call a “granola” green activist. But common sense, a little logic, tells us that throwing away furniture and thousands of dollars in products after a trade show is ludicrous. But it happens. Here's some reasons why:

Rather than just complain and point out how “bad” this situation is, I think we should discuss it and come up with some viable solutions to the probelm. We've got a year until the next Mega Show, starting January 8, 2015. I am hoping that we can come together with some ideas and manpower to help solve a few problems:

Please take a moment to fill out this Google Drive Survey. Leave a comment and tell me, CHA, and anyone who will listen what you think of this problem and SPECIFIC ideas you have for solving it.

Then share this post over social media with your crafty friends. Together, we can find a solution for this problem!!!

Update 5:30pm on 1-22-14: From the comments here and on my Facebook timeline, it is pretty clear that not everyone is clear about what I am trying to do here. So I wanted to post very frankly and plainly to  clarify a few things:

9 thoughts on “Trash You’d Kill For”