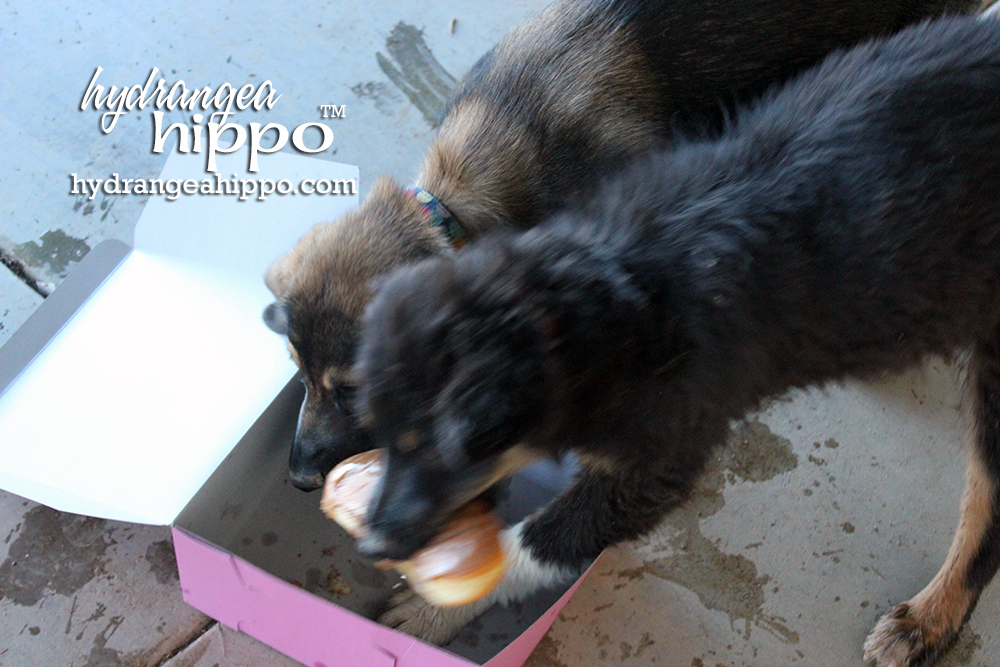 The dogs had a feast. That evil Maple Donut that had been sitting in the pink box on the counter all last night and all day today had to go. It all started yesterday…

Last night, Xaver came home from the store with a “pink box”. WTH.

It's pretty well known by my friends and family that I am “gluten-free” so Xaver KNOWS that a box of donuts is not a good thing to bring home. He says to me, ” I bought these for you.” Really? Are you some kind of sadist?

Well, if Xaver is a sadist, I am a sado-masochist. Because I ate one donut hole. And well, after my stomach did not implode, I ate a whole donut.

Four hours later, I laid down in bed and all of a sudden the heartburn and nausea hit. It was totally wasted drunk, room spinning kind of nausea but without the drunk part. Dammit!!!!!!

I asked Xaver to please stop buying donuts and he said he would take the box of donuts to work this morning….thank goodness!

Almost a year ago my mom suggested to me that I try an anti-inflammatory diet because of my health issues and worsening IBS. A big part of that diet is going “gluten-free”. I rolled my eyes so many times they almost popped out of my head. I mean, “gluten-free” was the diet du jour right now–gag me, everyone was doing it and I did not want to!  But, with all of my health issues, the anti-inflammatory diet made a lot of sense. But I did not want to be one of THOSE people who always have to have something special and different from everyone else…

“I'm Vegan so I can't eat at this restaurant…”

“Do you have any paleo diet options?”

Oh PUH-Lease. Just shoot me now because I don't want to be ONE OF THOSE PEOPLE!

But, I am one of those people now. Because it wasn't just the heart burn and bloating and nausea I got from that donut last night.

It was that I ate ANOTHER donut this afternoon, after I was feeling much better, and forgot the agony that I was in before. Xaver left the donuts HERE! I looked at them and threw up in my mouth a little this morning – no way was I touching those! I'd be better off to just chug some Ex-Lax and let that rumble up my belly.

But, after I ate well all day, I saw that crumb donut peeking out at me from the delicious pink box and I gave in.

I ended up being on the toilet for 2 hours. And you all KNOW I don't have time for that. Yeah, that may be TMI for EVERYONE but there really is a reason I can't eat gluten. And it sucks! I miss bread and donuts and all of those wonderfully yummy doughy things! I looked through this month's Better Homes and Gardens Magazine and could not make 90% of the recipes shared in it because they all had wheat products! And even worse, the donut did not even taste good anymore :(

I threw the final evil donut out the back door, box and all. At least the dogs will have a feast. 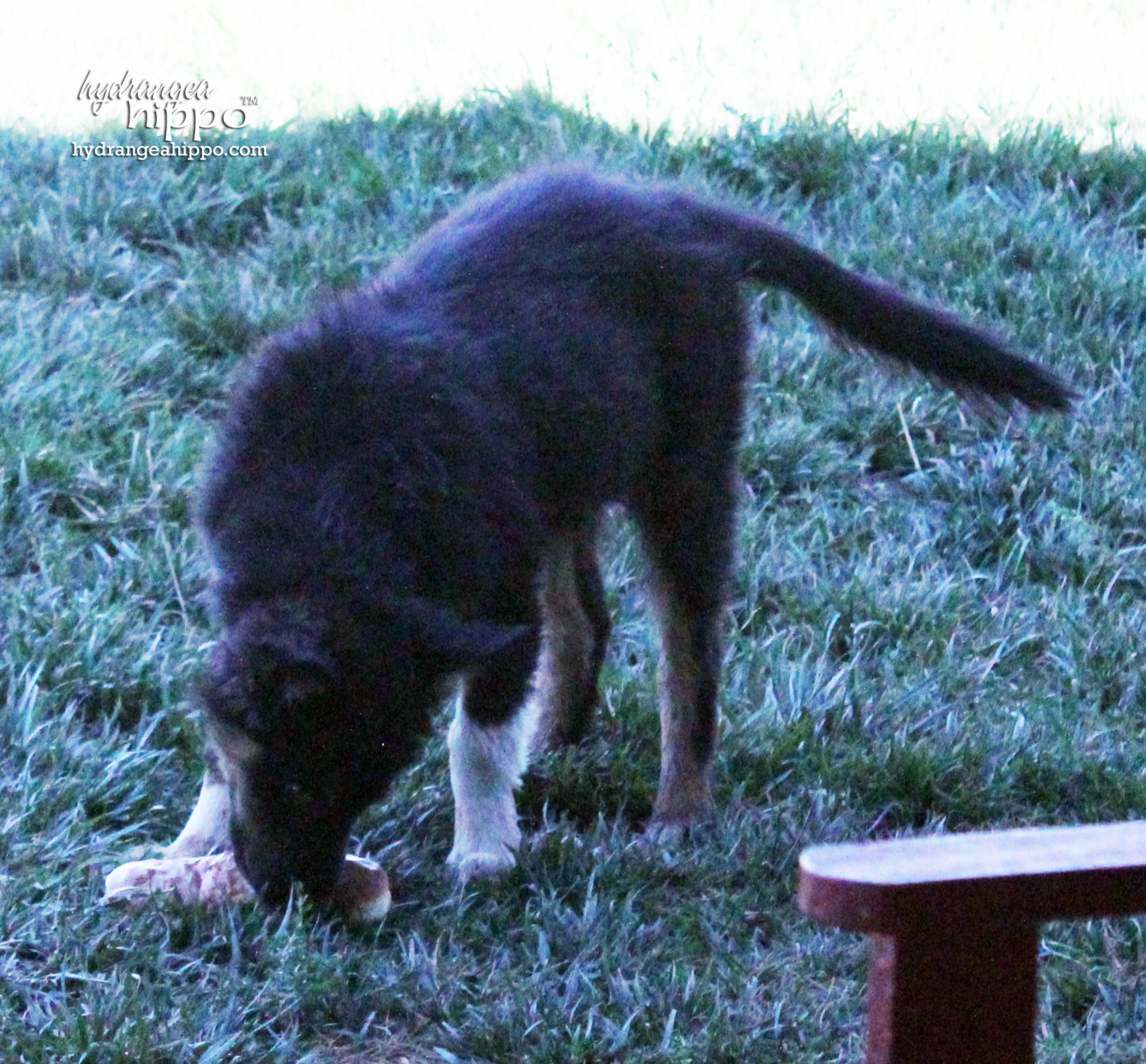 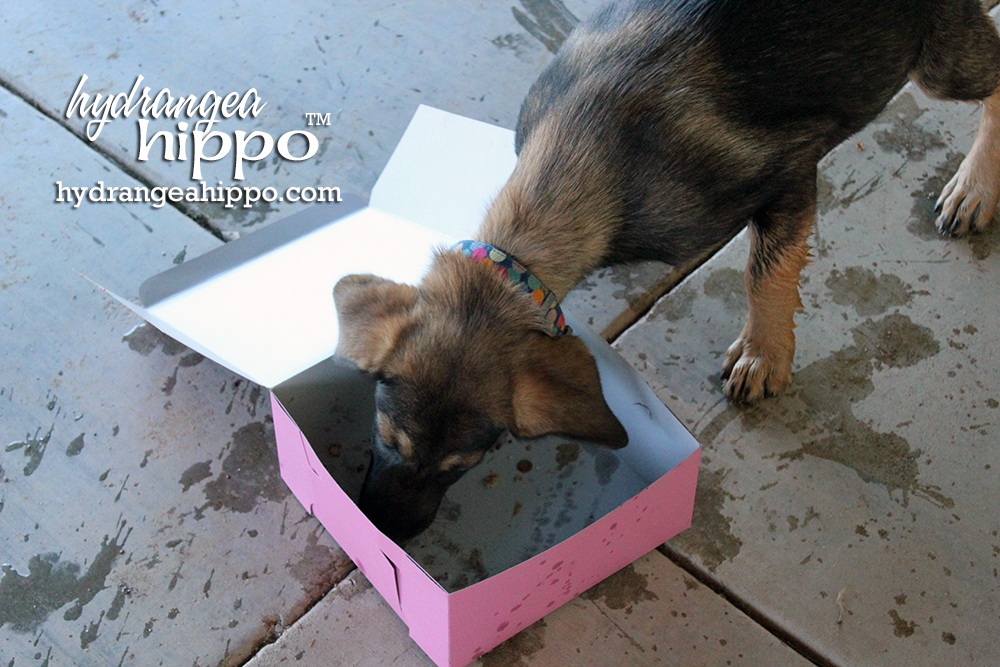 Next time someone says they are gluten-free or whatever, don't roll your eyes like I used to do. A) you don't know WHY they are gluten-free — it could be a real issue like it is for me, not just some diet du jour and B) all that cynicism will guarantee that you will have a reason to have to become gluten-free as well, just like me. I try to keep my eye rolling to myself now.

3 thoughts on “The Dogs Have Donuts”